NNINS is RIGHT HERE and READY TO HELP!! 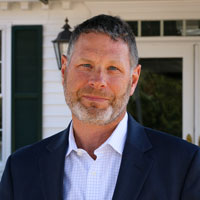 Jeff is a former banking executive with over 25 years' experience including time at HSBC, Barclays and Capital One.  He most recently served as Global Head of Finance for HSBC’s Retail Bank, based in London. Though his deepest expertise is based in finance and analytics, Jeff has held marketing and general management roles in financial services and his early career included work in the consumer products business with Johnson & Johnson. He has also worked with innovative marketing startups through the Collider accelerator program in London and served on the board of a financial technology startup in the US.

He is a current member of the Board at RAL Art Center here on the Northern Neck, and previously served on the board of Junior Achievement of Silicon Valley and Monterey Bay. He earned a degree in Commerce from Washington & Lee University, earned both CPA and CMA designations, and attended the Harvard Business School executive program for general management. He owns the Severn Yachting Center in Gloucester and currently holds a USCG 50 Ton Master License.

Jeff and his wife Louise have owned a home in White Stone since 2003 that they rebuilt and now make their main home. 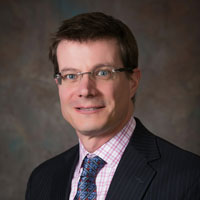 Bill Chapman spent 21 years in advertising and was the President & Creative Director of RightMinds in Richmond, an agency he founded in 1993 and built to over 50 employees.

Since 2008, Bill has been the Executive Director & Producer of The Richmond Forum, America’s largest non-profit lecture series. In this capacity, Bill has had the opportunity to work with Presidents Barack Obama, Bill Clinton and George W. Bush, filmmaker Steven Spielberg, UK Prime Ministers Tony Blair and Gordon Brown, and a host of others. His involvement with the Forum began in 1989 when he and his then-date/now-wife attended their first program. Bill went on to become a sponsor of the series and served on its Board for six years before assuming his current role, turning his passion for the organization and its mission into a full-time vocation.

Bill is a current member of the Board of Trustees of Chesapeake Academy and has previously served on the Boards of the Steamboat Era Museum, Junior Achievement of Greater Richmond, and others. In 2012, Bill served as national president of an association of the nation’s leading lecture series.

Bill and his wife, Gay, purchased an 18th century family home in White Stone in 1999 and moved there full time in 2005. Bill is a graduate of VCU and a recipient of the University’s Alumni Star Award, "recognizing top VCU alumni for their community, humanitarian, professional achievements, and university service." He brings his expertise in marketing and branding to the Company. 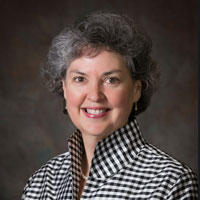 Dr. Crowther earned her BA and MA in English from Virginia Tech, where she received the 1981 Certificate for Teaching Excellence from the College of Arts and Sciences. Her doctorate in higher education administration is from the College of William & Mary. Crowther worked in banking and investments, taught as an English adjunct at Virginia Commonwealth University, and served as assistant to the dean of the School of Education at William & Mary, before enjoying administrative positions at Rappahannock, Lord Fairfax, and Blue Ridge Community Colleges.

Before returning to Rappahannock as president, Crowther was Vice President of Academic and Student Services at Blue Ridge.

Crowther is a native of the Northern Neck, currently living on the farm where she grew up. She enjoys being near family and friends, boating and racing sailboats, bicycling, traveling, and music. 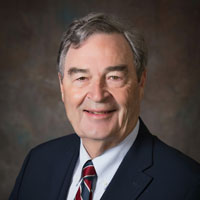 Ammon earned his B.A. from Yale University and his law degree from the University of Virginia. He began his legal career on Wall Street, where he practiced with one of the world's outstanding international law firms.

He now acts as Dunton, Simmons and Dunton's managing partner and as a business law consultant to attorneys in the firm.

Ammon also remains active in estate settlement and in trust administration. He is trustee of numerous trusts in Virginia and in other states. He is a member of Grace Episcopal Church, Kilmarnock Virginia, where he has been elected to the Vestry and as Senior Warden three times. He has served as a trustee of the Funds of the Episcopal Diocese of Virginia.

He was married for 47 years to the late Katharine Macwithey Dunton. He and Kathy have four adult children. 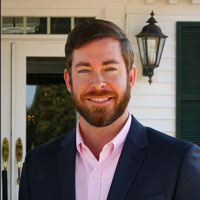 Brian Forrester is the Co-Founder of Workshop Digital, a digital marketing agency in Richmond, VA. Brian has spent over a decade in digital marketing and his agency now serves clients all over the U.S. and Canada including several Fortune 500 brands.

During Brian’s time as Co-Founder of Workshop Digital, the agency has won numerous awards including the 2016 Richmond Chamber IMPACT Award, 2017 & 2018 Virginia Best Places to Work, 2017 Outside Magazine Best Places to Work in the U.S., and 3-time winner of the RVA25 Fastest Growing Companies in Richmond.

Since his days at James Madison University, Brian has always sought to give back to the community. Brian now sits on the Executive Advisory Council for JMU’s College of Business, Marketing, the FETCH a Cure Board of Directors, and sits on the IMPACT Awards Selection Committee. He is an active mentor for the Richmond Chamber THRIVE Mentor Program. Brian’s agency is also a 4-time winner of Generosity, Inc., an award celebrating top charitable corporate givers in Richmond, VA.

Brian was born and raised in Lancaster, VA. He and his wife now reside in Richmond, VA and have a home on Carter’s Creek in Irvington, VA. 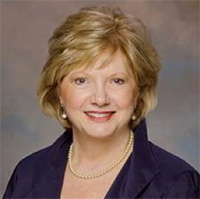 Susan has served as President & CEO of Lead Virginia since 2007. A graduate of the Class of 2006, she believes strongly in the compelling value of a statewide network of leaders serving Commonwealth’s growing complexity and need for visionary leadership.

Susan has been recognized by Virginia Business Magazine as one of Virginia’s 25 People You Need to Know, Virginia Chamber of Commerce, and the Northern Virginia (then Fairfax County) Chamber of Commerce. Susan is an honorary member of Leadership Fairfax and has been recognized by Fairfax County’s Board of Supervisors for her many years with Leadership Fairfax.

Before moving to Richmond, Susan served her hometown of Leesburg as a member of the Town Council and as vice mayor, and co-founded Keep Leesburg Beautiful, a community beautification effort.

Susan serves on the boards for the Richmond Forum, Northern Neck Insurance Company and Needles Eye Ministries.  She is a member of the Impact of Women committee for the 2019 Jamestown Commemoration, American Evolution; the Executives Roundtable in Greater Richmond; and Sorensen Institute Richmond board. Susan and her husband Bob live in Richmond and are active in their church with the newcomer’s ministry and in their neighborhood. They are blessed with two married daughters, three precious grandchildren and a lovable Labrador Retriever. 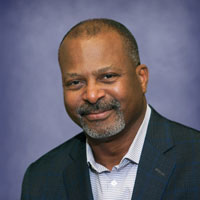 Otis Jones has been with IBM since 1984 and currently leads a sales team focused on financial services clients in the Mid-Atlantic region. He is responsible for client satisfaction, revenue, and profit for the entire IBM portfolio that includes hardware, software, services and custom banking solutions.

He holds a B.A. in Journalism and Public Relations from Norfolk State University (1983), and he completed classroom education (Harvard Business School) as a Certified IBM Client Executive. In addition, he completed numerous sales leadership and executive education training programs.

Raised in Weems, Virginia, Otis and his family own a home in Irvington and reside in Chesterfield, Virginia. 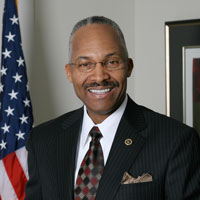 Julien G. Patterson, Past Chairman of OMNIPLEX World Services Corporation, founded the company in 1990 and led it to become the premier provider of high-quality security services and innovative investigative solutions for prestigious government and commercial customers. Under his leadership, OMNIPLEX grew to a successful mid-sized corporation with an employee population of over 3,500 security professionals and annual revenues of over $100 million.

Mr. Patterson’s security career began with the Central Intelligence Agency where, among other mission critical activities, he was responsible for leading its personal security mobile training teams worldwide. In 1990, he founded OMNIPLEX World Services Corporation. Seven years later, he was named by Ernst & Young LLP, the NASDAQ Stock Market and others as the Greater Washington, DC Entrepreneur of the Year, from a field of over 890 nominees.

Mr. Patterson received his undergraduate and honorary doctorate degrees from Norfolk State University and served on the Board of Visitors. He is the Past Chairman of the VA Economic Development Partnership (for former Governor McDonnell and former Governor Kaine). He is also a Past Chairman of the VA Chamber of Commerce, the VA Community College Foundation, and of VA FREE. He has served as trustee of the VA Foundation for Independent Colleges. Among other activities, he was a founding director for the Boys & Girls Club of the Northern Neck, and currently serves on the board of directors for Blue Ridge Bankshares, Inc. and the Northern Neck Insurance Company. Mr. Patterson is a frequent keynote speaker to US Government agencies, chambers of commerce, faith-based organizations, and various civic groups. 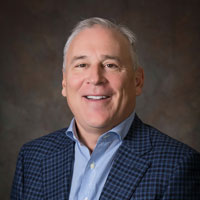 With more than 30 years of advising sophisticated investors, Doug brings significant experience and strategic perspective to the team. He merged his former company, Stewart Wealth Management of Wachovia Securities, with Cary Street Partners in 2007. As Board Member for Cary Street Partners, he's energized by building a great company and helping his entrepreneurial clients do the same.

Doug graduated from Virginia Tech with a B.S. in Business Administration. For Doug, serving his clients and community is paramount. He is past Chairman of the board of Fredericksburg Academy, George Washington’s Fredericksburg Foundation, and the Mary Washington Hospital Foundation. He is a founding member of the Community Foundation of the Rappahannock River Region, Hope House and a board member of the Virginia Tech APEX board. Doug also serves as the Vice Chairman of Northern Neck Insurance Company’s Foundation Board. 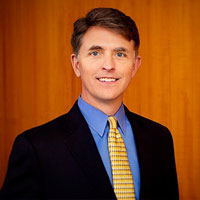 Bobby is a business-minded attorney with nearly 20 years of experience advising organizations dealing with technology and data-related matters, including cybersecurity, data security, technology contracts, privacy, and conducting businesses on the web.

Bobby advises clients of all sizes, both public and private, from start-up to well-establlished, and across multiple industries. Whether guiding clients through a data breach or negotiating technology-related contracts that drive growth, Bobby brings a practical, "here's how we can get it done" approach to delivering legal services.

Before joining Sands Anderson, Bobby was a partner at Venable LLP. Prior to that, he served as SVP, General Counsel and Secretary for Network Solutions, LLC. His other previous experience includes serving as Associate General Counsel for Verisign, Inc. and serving as defense attorney and prosecutor in the U.S. Army Reserve JAG Corps.